The problem of hole collapse in slope engineering generally exists in the geology of broken rock and loose soil, which is difficult to be drilled by bolt support, thus affecting the period of construction engineering. First of all, we need to find the reasons for the hole collapse of the slope anchor hole, and then according to the construction geological conditions and environmental design to match the support method, the following Xiaonuo for everyone to analyze the cause of the slope anchor hole collapse. 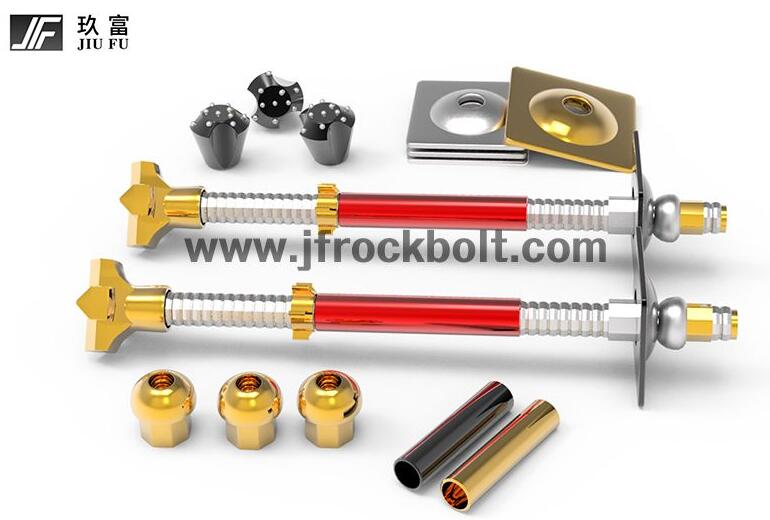 I. causes of hole collapse in slope boreholes.

1. The excavation slope is unreasonable.

The soil layer of the slope is different, the characteristics are also different. Before designing the slope, it is necessary to comprehensively investigate the supporting strata and make a reasonable slope design to avoid hole collapse caused by instability.

The erosion of surface water will lead to the increase of soil water content of the slope, the thickening of the soil, the humidification of the soil layer, and the decrease of the internal bearing capacity of the slope, which will cause problems such as hole collapse and sticking during the anchor construction.

If the groundwater level is too high, it will also lead to a substantial decline in soil cohesion, and serious accidents such as landslides and landslides may also be caused. The more the groundwater content is, the more serious the hole collapse will be.

4. Excessive pressure at the top.

If the load at the top of the slope is too large, the internal shear stress of the slope will increase, resulting in soil instability and hole collapse. The excessive vibration of the surrounding soil will cause the displacement of the soil layer, and it will also lead to problems such as hole collapse when the anchor is drilled.

If the slope rock is strongly weathered or moderately weathered, the integrity of the rock mass will be relatively broken, and the larger particles or the rock strata with high degree of pore wall fragmentation will lead to soil loss and collapse in the hole.

II. Measures to solve the hole collapse of slope boreholes.

In the slope with surface water or groundwater, drainage measures need to be taken in advance to intercept surface water and groundwater, avoid slope erosion and hollowing out, and prevent instability and hole collapse during slope drilling.

In the broken geology, the soft soil is easy to collapse, the traditional solution is to use the pipe casing technology, first drill pipe drilling, drill pipe into the design depth, drill pipe extraction, and then insert anchor rod or steel bar. However, this technology often appears, and the hole collapse occurs after the drill pipe is pulled out, resulting in the problem that the steel bar can not be put in or the position deviation, which has the disadvantages of low construction efficiency, high labor cost, delayed construction period and so on.

Self-drilling bolt is a new type of supporting material, which integrates drilling, grouting and anchoring, which can be drilled while grouting, which can effectively prevent hole collapse, blockage and other problems in the process of drilling, especially for difficult hole-forming geological conditions, such as soft soil, sandy soil, soil and stone.

The above is the analysis of the causes of hole collapse in the slope, for this kind of easy-to-collapse hole geology, the applicability of self-drilling anchor construction will be better, in terms of comprehensive labor cost and construction efficiency, the comprehensive cost is lower, and the performance-to-price ratio is high. Jiufu can arrange technical engineers to conduct on-site visits and sample testing to avoid customers' worries. You are welcome to call or leave a message to consult.