What are Rock Bolts?

Rock bolts were a game changer for safety in the mining and excavation industries. These long trusted anchors have undergone continual advancements, are simple to install, cost effective, and work well to keep rock in place and people and equipment safe.

What are Rock Bolts?

Mining and the building of infrastructure are fascinating subjects when it comes to American history. Many people moved to the United States seeking fortune. Once they got here, there was a massive move to the west.

Mining, building roads, and tunneling is dangerous professions. Before rock masses were stabilized, rockfalls and cave-ins were responsible for many deaths. Early methods for rock support included initially using timber and then lining the area with brick or masonry, which had high rates of failure.

Present-day processes for mining and tunneling look little like they did back in the late 1800s. Once steel became available, this became the primary means for support. There have been many improvements and advancements to make mining, road building, and tunneling safer. One such improvement has been the use of rock bolts.

Rock bolting helps with corrosion protection to stabilize rock so that it will not fracture or collapse on workers, travelers, or adventurers. Today, there are many applications of rock bolting. In addition to mining and tunneling, these bolts are used in concrete dams, bridge abutments, rock cliffs, steep slopes, and stabilizing road cuts. Rock climbers also use rock climbing bolts to stay safe while climbing. 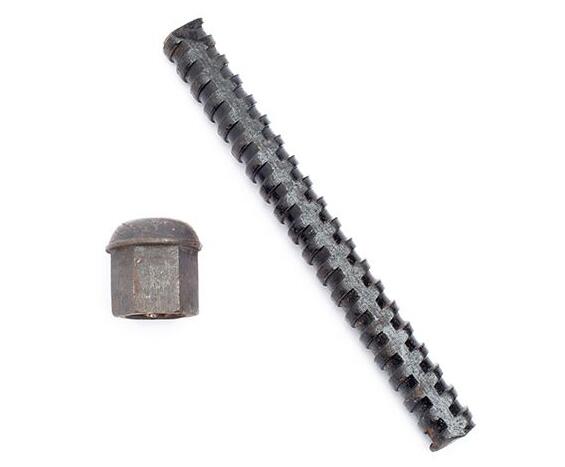 The first recorded uses of rock bolts come from the 1890’s. More thorough documentation of their use started in the 1920’s. During this time, the St. Joseph Lead Mine, located in Missouri in the Unites States, has extensive records of using rock bolts. Over time, these bolts continued being widely used in mines, but also in civil tunneling projects in both the United States and Australia in the 1940s.

In 1947, engineers in Australia started to experiment with expanding anchor rock bolts that were four meters long. The engineers were working on a complex for hydroelectricity and irrigation in the south-eastern area of Australia while experimenting with the rock bolts. Today, rock bolts are used in a huge variety of excavation projects. Research continues and new materials and practices are emerging to make these bolts even more effective.

How are Rock Bolts Used?

The first step in installing steel rock bolts is to work with a professional to determine the best length, type, and spacing for the rock bolts. Different circumstances and rock or rock strata will have different reinforcement requirements. Once all of the planning has been completed, the first step is to drill holes in the walls and roof of the rock in the decided-upon pattern.

The steel rock bolts can then be inserted into the holes, grouted in place with resin or cement grout if necessary, and the bearing plate can be put on and the bolts are tensioned. The installation is simple, quick, and relatively inexpensive. In many cases, each bolt can be installed in less than one minute.

The process can even be fully mechanized. After the bolts have been inserted, sometimes chain link, lattice girders, or other wire mesh material are stretched over the surface to further reinforce the are or to catch any falling pieces of rock from shear displacement. This is not always necessary.